She’s sitting in her best attire
curtained by her rare desire,
certain, in her costume royal,
as each spoonful turns to fire.
Sipping soup that’s at a boil,
her complexion starts to spoil.

They say she ate to satiate
an urge she had to say she ate
ten thousand bowls of consomme
while strapped into a bustier.

She’s settled in her favorite chair
with soup and pretty clothes to wear,
a burnt tongue and a scalded lip,
a ruined face and ruined hair.
Around, around, another sip –
she’s like that fabled Mobius Strip.

Today she ate a giant crock,
ten quarts of boiling chicken stock.
And when she couldn’t keep it down,
she said, “This soup’s a stinking pox!”
then fled to change her soiled gown,
returning for another round.

The way she ate the fatal plate,
t’was too late to regurgitate.
In her emaciated way,
she ate herself to death today. 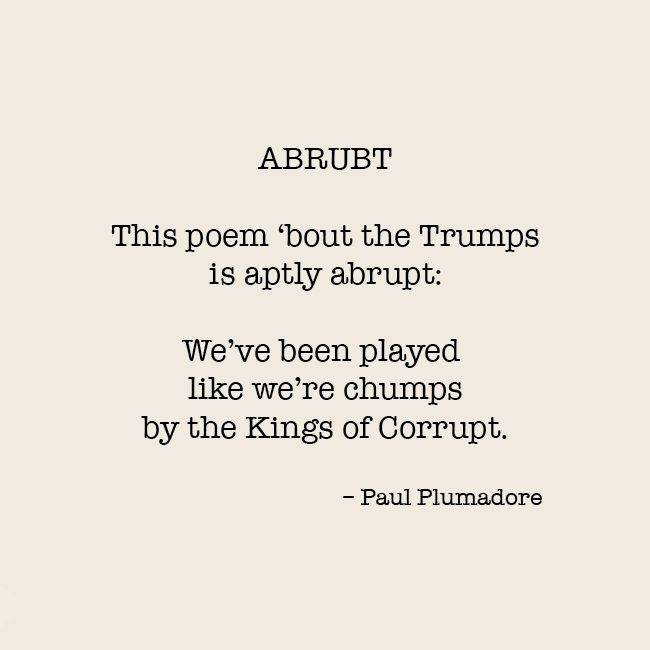 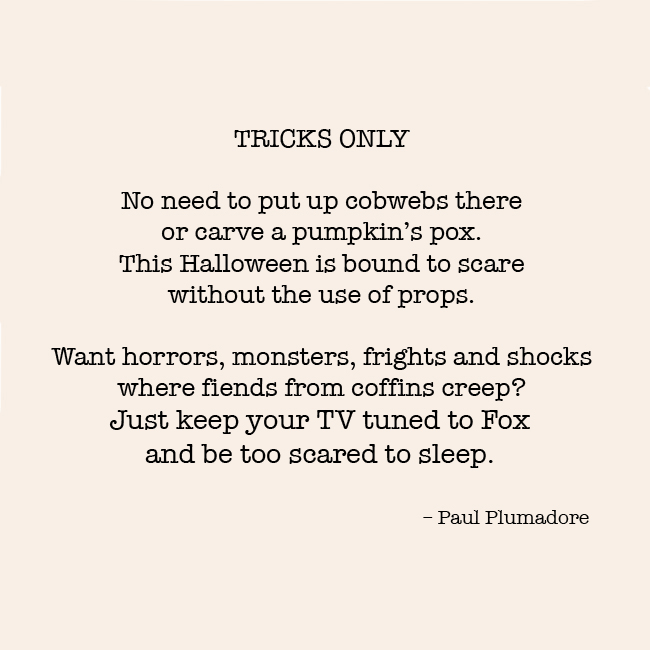 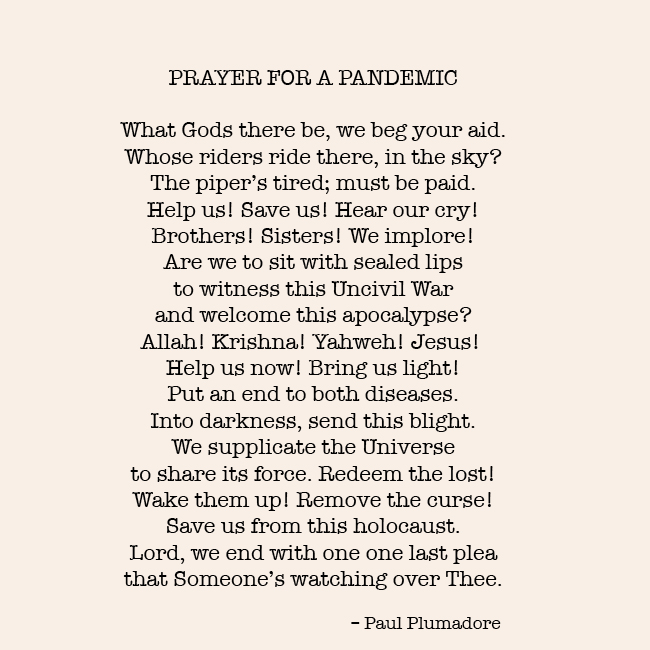 Prayer for a Pandemic