Paul Plumadore has been making paper montage art since 1975 and was named "Upcoming Illustrator" by Art Direction Magazine in 1976. His collages have graced book jackets, record covers, and editorial stories for Dell Books, Avon Books, RCA Records, Psychology Today, The New York Times, among others.

He began his eclectic career when he discovered dance at age 7. By his early 20s, he was on the faculty of the Dance Department at NYU's Tisch School of the Arts, after receiving his BFA there and becoming a founding member of The NYU Dance Ensemble. He went on to perform with The Paul Taylor Dance Company, to head the Dance Department at Sweet Briar College in Virginia, and to present his own choreography under the aegis of Paul Plumadore & Co.

He and his partner, Jim Tindell, formed River Road Antiques Ltd in 1994, selling antiques at such venues as The Henry Ford Museum in Detroit, The Carnegie Museum in Pittsburg, and The Park Avenue Armory in New York City.

From 2006-2012 he and Jim created and managed Center44 (and Center44.com) an Antiques and Modernism showroom in Midtown Manhattan that represented 75 International dealers and catered to the upscale design trade. 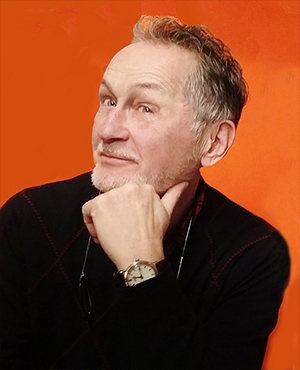 During this time, Paul created Unthinkable, a surreal fairy tale told in verse and profusely illustrated which is available on Amazon.

He and Jim currently live and garden on the Delaware River in a self-designed house which was featured as "Home of the Month" in Log Home Living magazine.

In 2015, Paul began showing his art in various gallery venues and was one a Solo Show Award recipient at the 2015 Northeastern Biennial. That 2016 solo show took place at the AFA Gallery, Scranton, PA. He has since been honored numerous times by having works hung in the State Museum of PA during Art of the State competitions, and is featured in the hard cover book Making the Cut: The Best Collage Artist's in the World. In 2021, his solo show, Paper Trail, broke records at The Delaware Valley Arts Alliance in Narrowsburg, PA.